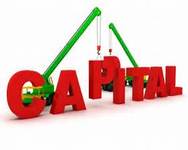 I think payroll have been filling in the payroll P11d form wrong. Because I made the choice to have a car that is above my grade, I have to make a capital contribution towards the cost.

I have had the car for 4 years and the capital contribution is spread over 48 monthly payments. I had the notes below sent to me, but don’t really understand them. I also looked at 480(2011) Expenses and benefits A tax guide.

Section 132 of the Income Tax (Earnings and Pensions) Act 2003 states the following about when contributions can be brought into the calculation:

(ii) Any qualifying accessory which is taken into account in calculating the cash equivalent of the benefit of the car for the tax year in question, and

My interpretation of the notes as follows:

In year 1, £360 would be inserted in the capital contribution box

If their interpretation is incorrect and the wrong figures have been supplied to the Inland Revenue, how would I go about getting it put right? Is it something I need to take up directly with the Inland Revenue or is it down to work to send in corrected P11d’s

Join in and write your own page! It's easy to do. How? Simply click here to return to Income Tax Questions. 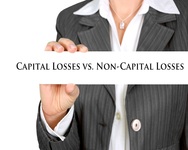 Can I offset my capital gain in rental real estate sale against carried over capital loss in stocks in previous years?

Join in and write your own page! It's easy to do. How? Simply click here to return to Income Tax Questions.