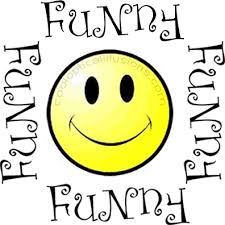 The Top 7 Funniest Tax Facts are:

1) An extremely important artifact, the Rosetta Stone, was the main key to the ultimate deciphering of ancient Egyptian hieroglyphics... and the writing found in it is mostly about taxes.

2) The Roman emperor taxed urine in the 1st century. It was used to launder garments as well as collected for the ammonia.

3) The country of Romania was trying to get itself out of a major recession in 2011, so they decided to add a new profession to the country’s labor code which would make it subject to taxation. The new profession added was Witchcraft.

4) This is a story about the stripper who ended up in tax court after attempting to deduct her boob job as a medical deduction. Her name was Cynthia Hess (otherwise known as Chesty Love).

The IRS originally disallowed the deduction because cosmetic surgery that isn’t being done to correct a disfigurement or for some other life-saving purpose is not deductible.

However, the higher court ended up allowing the expense instead as a legitimate ordinary and necessary business expense.

5) There are many European nations that have a tax on cow flatulence. It’s really important to them because methane gas is one of the main greenhouse gases that causes climate change. For real.. cow flatulence!

6. The Russian Emperor Peter the Great taxed beards because he wanted men to be clean shaven.

7. There are over 7 million words in the tax law and regulations. This amount totally outnumbers The Bible, Declaration of Independence and the Gettysburg Address all combined together.