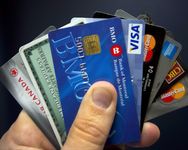 
Published: June 15, 2009
The banks were bailed out last fall, the automobile companies last winter. For Edward McClelland, a writer in Chicago, deliverance finally arrived a few days ago.

Mr. McClelland’s credit card company was calling yet again, wondering when it could expect the next installment on his delinquent account. He proposed paying half of his $5,486 balance and calling the matter even.

It’s a deal, the account representative immediately said, not even bothering to check with a supervisor.

As they confront unprecedented numbers of troubled customers, credit card companies are increasingly doing something they have historically scorned: settling delinquent accounts for substantially less than the amount owed.

The practice started last fall as the economy worsened. But in recent months, with unemployment topping 9 percent and more people having trouble paying their bills, experts say this approach has risen drastically.

They say many credit card issuers have revised internal guidelines to give front-line employees the power to cut deals with consumers. The workers do not even have to wait for customers to call and ask for a break.

Only a few creditors are willing to confirm the practice. Bank of America and American Express say they decide on a case-by-case basis whether to accept less than the full balance. Other card companies refuse to discuss the subject, but their trade group, the American Bankers Association, acknowledges that settlements are becoming more common.

The shift comes as the financial services industry finds itself losing some of its legendary power. A credit card reform bill that makes it harder to raise rates on existing balances and prevents certain automatic fees flew through Congress and was signed by President Obama in late May.

Borrowers still have a crushing amount of debt to deal with, however.

Revolving credit, a close approximation of credit card debt, totaled $939.6 billion in March. The Federal Reserve reported that 6.5 percent of credit card debt was at least 30 days past due in the first quarter, the highest percentage since it began tracking the number in 1991. The amount being written off was also at peak levels.

After a balance has been delinquent for six months, regulations require the card company to reduce the value of the debt on its books to zero. If a borrower has not paid by this point, chances are he never will.

“The creditors would rather have a piece of something now instead of absolutely nothing down the road,” said Adam K. Levin, the founder of the consumer education Web site Credit.com.

Banks and credit card companies are discussing new programs that would, for the first time, allow credit counselors to invoke reductions of principal as a routine part of their strategy, said Jeffrey S. Tenenbaum, a lawyer for many counseling agencies. In the past, counselors could persuade card issuers to adjust interest rates and modify late fees, but the balance was untouchable.

An example of how quickly the card companies are shifting their approach is in the behavior of HSBC, a major issuer, toward Mr. McClelland.

He was paying fitfully on his card, which was canceled for delinquency. In April, HSBC offered him full settlement at 20 percent off. He declined. A few weeks later, it agreed to let him pay half.

As the recession grinds on, though, many cardholders have less to lose. Mr. McClelland, 42, is a renter. Since he is self-employed, he has no wages to garnish. But he did not want to feel like a deadbeat.

“Having this over and done with was appealing,” he said. He raised the agreed-upon $2,743 and sent it off electronically last week. He has spared himself the prospect of years of collection calls.

HSBC said it did not comment on individual cardholders and would not discuss its policy toward settlements. “Every customer situation is unique,” said a spokeswoman, Cindy Savio.

The card companies, perhaps understandably, do not want to promote the idea that settlements have become merely a matter of asking nicely. The creditors also point out that a delinquency, like a foreclosure, destroys a credit record.

And there can be a Catch-22: those with the fewest assets are the likeliest to receive a settlement offer, but they are also the least able to come up with the cash for that final negotiated payment. Some creditors, though, are helpfully letting people stretch this out over months.

Still, a line has been crossed, credit experts say.

“Even in the early stages of delinquency, settlements can be dramatic,” said Carmine Dorio, a longtime industry executive who ran collection departments for Citibank, Bank of America and Washington Mutual.

During the boom, nonpayers were treated more harshly because, paradoxically, their debt was more valuable. Collection agencies were eager to buy bundles of old debt from the card companies for as much as 15 cents on the dollar. In a healthy economy, even the hopelessly indebted can pay something.

In this recession, where collection agencies have little hope of collecting from the unemployed, that business model is suffering. Experts say 5 cents on the dollar is now the most a card company can hope to get for its past-due accounts.

Another factor undermining the card companies is the rise of debt settlement firms. These are profit-making companies that charge fees, nearly always in advance, to bargain with creditors on a consumer’s behalf.

Settlement companies are under fire from regulators, who say they promise much and deliver little. But their ubiquitous ads, which make a settlement seem not only easy but also a moral victory over shamelessly gouging card companies, have done much to spread the idea.

Although there are few independent statistics on the settlement industry, there is no doubt that some generous deals are being done.

Consider Bedros Alikcioglu, a gas station owner in Newport Beach, Calif. He owed $112,000 on four cards and was paying $3,000 a month in interest and late fees. “It was so hard to earn that money, and paying it to nowhere didn’t make sense anymore,” said Mr. Alikcioglu, 75.

“I did not want to leave the legacy of bankruptcy,” Mr. Alikcioglu said. “I am now at peace.”

Join in and write your own page! It's easy to do. How? Simply click here to return to Bookkeeping News Contributions.